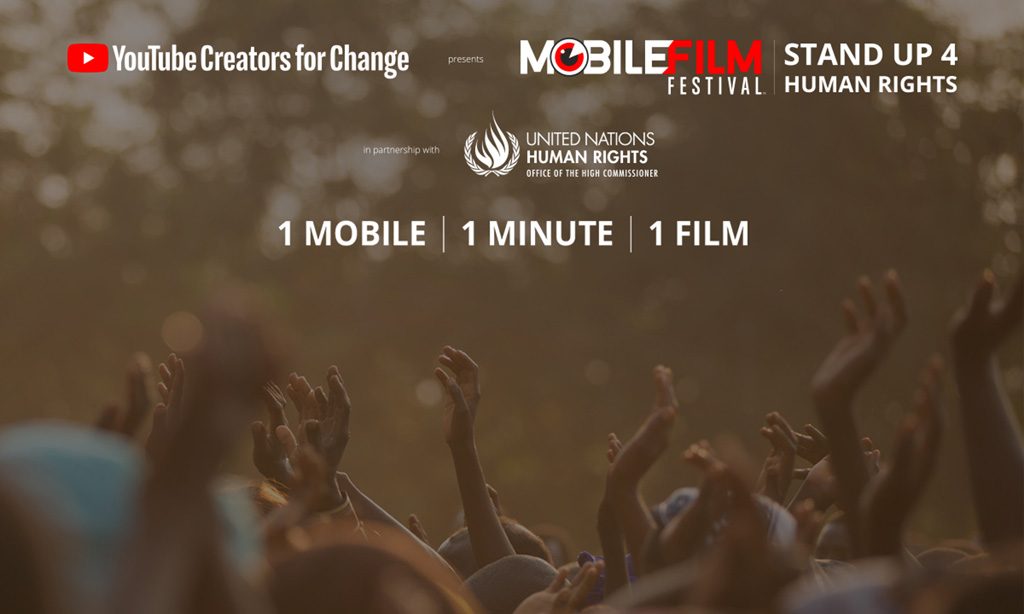 This event gave us the opportunity to celebrate Human Rights and every year since then, we organize an event/campaign Human Rights Week to invite you to support the UDHR and take action. We already sent a Newsletter about the many other celebrations of the 70th anniversary of the Universal Declaration of Human Rights, and today we want to talk about an event we already mentioned in our Newsletter in August: the Mobile Film Festival 2018: 51 minutes for Human Rights #StandUp4HumanRights.

For their 14th edition, the Mobile Film Festival (their concept is based on three simple rules: 1 mobile, 1 minute, 1 film) celebrates Human Rights and they invited filmmakers from all across the world to make a one-minute film shot with a mobile phone about the theme “Stand Up for Human Rights”. They received 715 films from 81 countries:

51 films selected from 19 countries relate the diversity of the rights defended by the Universal Declaration of Human Rights and demonstrate the alarming topicality of certain issues: migrant crisis, violence against women, anti-LGBTQI+ actions… 51 films that remind us that some liberties are not a reality for all, by tackling the issues about the accessibility and handicap, the death penalty, the freedom of the press, the right to conscience and also by denouncing the abuses against children (lack of education, child marriage, exploitation…). 51 films that echo the numerous film genres: thriller, comedy, documentary film, science fiction, …

You know our interest in Congo DRC, so we selected below the short movie Pourquoi pas moi (Why not me) by Trevis Intamba (Topic: Children’s Rights).

Paris Peace Forum with UN Women, Reporters without Borders, The Elders and many others