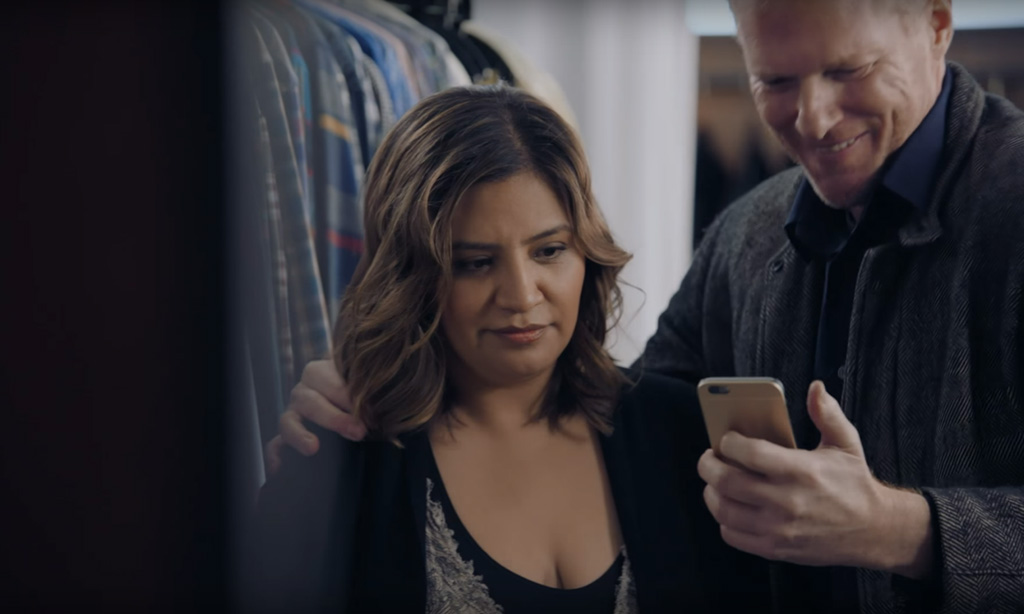 In 2017, months before the #MeToo movement begun (and later #TimesUp), we watched the short films from the newly launched #ThatsHarassment campaign, written and directed by Israeli-American director Sigal Avin, and produced by David Schwimmer with partner Mazdack Rassi, co-founder of Milk Studios. We immediately were impressed by how realistically they were showing the gray area of sexual harassment, and how well they captured that exact moment when a victim of harassment realizes something is not right.

In this American version of the eye-opening series Avin first made in Israel in 2016, you actually get to see harassment. Each short, filmed in a single, unbroken take,  is riveting and depicts a case of sexual harassment (in a doctor’s office, a business office, a photography studio, a television show set, from a co-worker, …), based on real incidents. The shorts feature actors Cristela Alonzo, Noah Emmerich, Zazie Beetz, Bobby Cannavale, Grace Gummer, Cynthia Nixon,  Michael Kelly, Harry Lennix, Anna Van Patten, David Schwimmer, Emmy Rossum and Joseph Sikora.

We thought it was a great call to action, and the films provided a very good way to raise awareness about sexual harassment and to inspire discussion. We decided to support the national campaign to empower victims and bystanders of harassment through a yearly online discussion because we think  it’s everyone’s responsibility to prevent harassment, and that there be dialogue between women and men. The first online discussion was organized in fall 2017, the second in 2018, and this year’s live-chat discussion is scheduled on Wednesday. All the information will be announced in today’s Newsletter.

Employers play an important role in ending our culture of pervasive sexual harassment, and creating safe and equitable workplaces. This means not only strengthening policies and procedures for responding to harassment – whether in offices, in kitchens, or on construction sites — but also preventing sexual harassment in the first place.

You can visit this page for more information.

The distinctions between the types of harassment are important. It’s also important to understand how harassment happens. On their website, Rape, Abuse and Incest National Network (RAINN) defines what is sexual harassment:

Sexual harassment includes unwelcome sexual advances, requests for sexual favors, and other verbal or physical harassment of a sexual nature in the workplace or learning environment, according to the Equal Employment Opportunity Commission (EEOC). Sexual harassment does not always have to be specifically about sexual behavior or directed at a specific person. For example, negative comments about women as a group may be a form of sexual harassment. Sexual harassment interferes with your performance by threatening your job security or becoming an obstacle to effective work.

You can access the Sexual Harassment Resources page from RAINN here.

Last year, we organized our second #ThatsHarassment online discussion, and  we actively supported the #MeToo protests in Paris. We also participated in Orange Day 2018, as reported in this article. We think it’s important to support every person and their right not to be harassed or molested at home or at work.

In the meantime, some of our Members joined the rally against domestic violence at the Palais de Justice of #Paris and met with Women Men & NGOs #WomenSafe #IciOnAgit @Violsfemmesinfo @osezlefeminisme… #ViolencesConjugales #MeToo Photo via @MatthieuJublin pic.twitter.com/P75K50OJZI

See you on Wednesday!