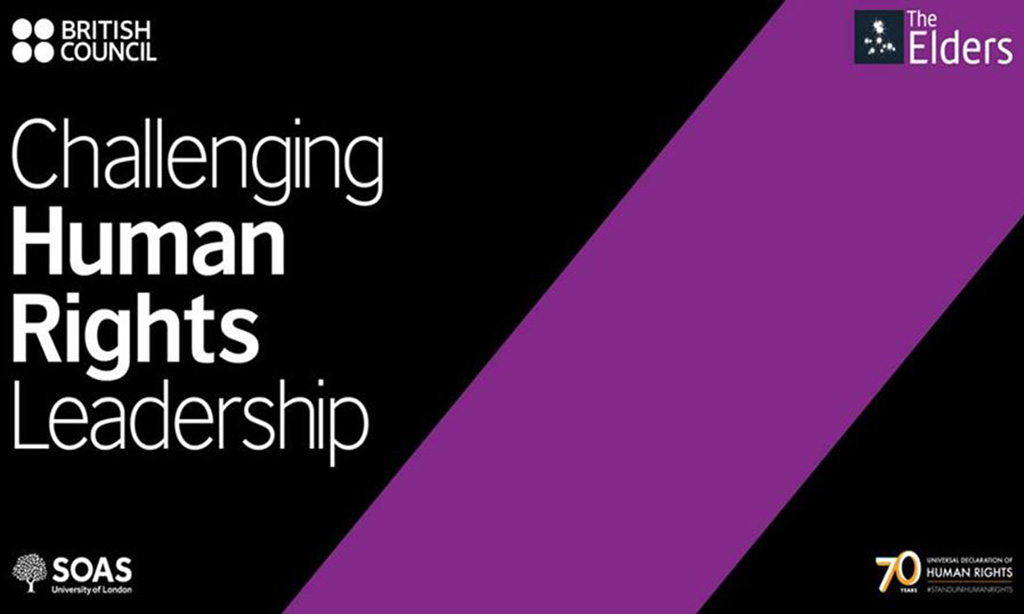 Yesterday, members of The Elders, former UN representatives and the next generation of leaders from the British Council’s Future Leaders Connect programme organized an evening of debate and discussion on human rights. We sent the link to watch the broadcast of the online event in our last Newsletter.

2018 marks 70 years since the Universal Declaration of Human Rights was agreed by the United Nations. On this occasion, The Elders brought together global and future leaders to debate the future of human rights, ethical leadership and the role of young people in standing up for human rights.

"Being angry is not enough, you have to get involved": young leader @joedevlin89 on the need to combat populism by standing up for #HumanRights, in his native Derry and beyond. #HumanRightsLeaders pic.twitter.com/wzhJaiQptC

"It is your time to lead": Graça Machel's challenge to the #FutureLeadersConnect young leaders – take responsibility and shape the future. #HumanRightsLeaders pic.twitter.com/zZq04mCcmn

Powerful speeches were made during this event hosted by SOAS University of London. Young leaders from around the world are supporting human rights and their commitment is impressive!

You can watch the video on SOAS Facebook page.