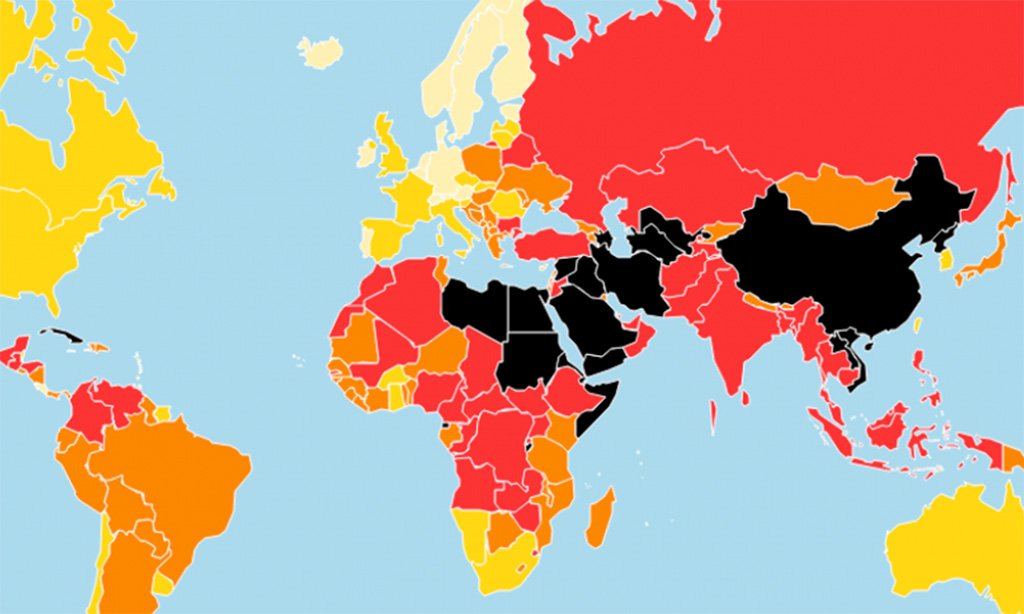 The 2018 World Press Freedom Index, compiled by Reporters Without Borders (RSF), reflects growing animosity towards journalists. Hostility towards the media, openly encouraged by political leaders, and the efforts of authoritarian regimes to export their vision of journalism pose a threat to democracies.

The climate of hatred is steadily more visible in the Index, which evaluates the level of press freedom in 180 countries each year. Hostility towards the media from political leaders is no longer limited to authoritarian countries such as Turkey (down two at 157th) and Egypt (161st), where “media-phobia” is now so pronounced that journalists are routinely accused of terrorism and all those who don’t offer loyalty are arbitrarily imprisoned.

More and more democratically-elected leaders no longer see the media as part of democracy’s essential underpinning, but as an adversary to which they openly display their aversion. The United States, the country of the First Amendment, has fallen again in the Index under Donald Trump, this time two places to 45th. A media-bashing enthusiast, Trump has referred to reporters “enemies of the people,” the term once used by Joseph Stalin.

RSF is also pointing out the line separating verbal violence from physical violence is dissolving:

In the Philippines (down six at 133rd), President Rodrigo Duterte not only constantly insults reporters but has also warned them that they “are not exempted from assassination.” In India (down two at 138th), hate speech targeting journalists is shared and amplified on social networks, often by troll armies in Prime Minister Narendra Modi’s pay. In each of these countries, at least four journalists were gunned down in cold blood in the space of a year.

Full report is available on this page.