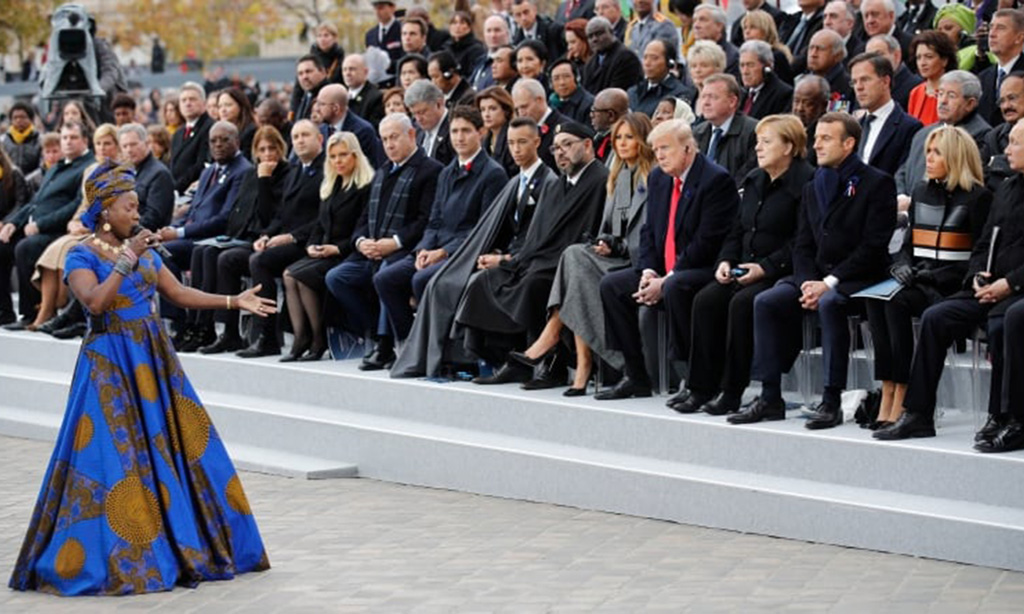 Yesterday you could read we attended the first Paris Peace Forum (read our news), and on the same day the event started, Armistice Day ceremonies (which coincided with Veterans Day in the United States) also took place in Paris to commemorate 100 years since the end of World War I.

World leaders gathered in Paris to mark the centenary of the Armistice, including US President Donald Trump, Canadian Prime Minister Justin Trudeau, Russian President Vladimir Putin, and German Chancellor Angela Merkel. They walked to the Tomb of the Unknown Soldier:

As we mark the 100th anniversary of the end of the First World War, may we draw from its lessons and strengthen international cooperation to face the tests and threats of today and tomorrow. pic.twitter.com/ldrnHSNGuW

During the commemoration ceremony at the Art de Triomphe, we were in awe when we watched the performance by Beninese singer and activist Angelique Kidjo. She sang (in the Mina language) in front of heads of states a song of gratitude from late Togolese singer Bella Bellow titled Blewu in the memory of the fallen African soldiers of World War I.