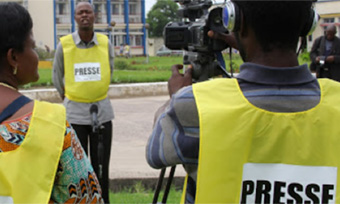 The Kasai province is a dangerous place to live. Last year IRIN wrote: Crumbling Congo – the making of a humanitarian emergency, and in March we published a post: Kasai Region, the epicenter of recent violence and humanitarian crisis in Congo.

Journalists working in the region are also being attacked, according to Reporters Without Borders (RSF) and Journalist in Danger (JED).

Last week Reporters Without Borders called on Denis Kambayi, the governor of the south-central province of Kasai, to put a stop to a wave of physical attacks on journalists by his bodyguards:

According to the information gathered by JED, which wrote to the governor on 8 May expressing “deep concern” about the violence, his bodyguards manhandled three local radio reporters during a hearing in the law courts in the provincial capital on 3 May, took them to the police station and held them there for several hours.

‘All Sudan Cultural Day 2018’ Event by Waging Peace was a success!