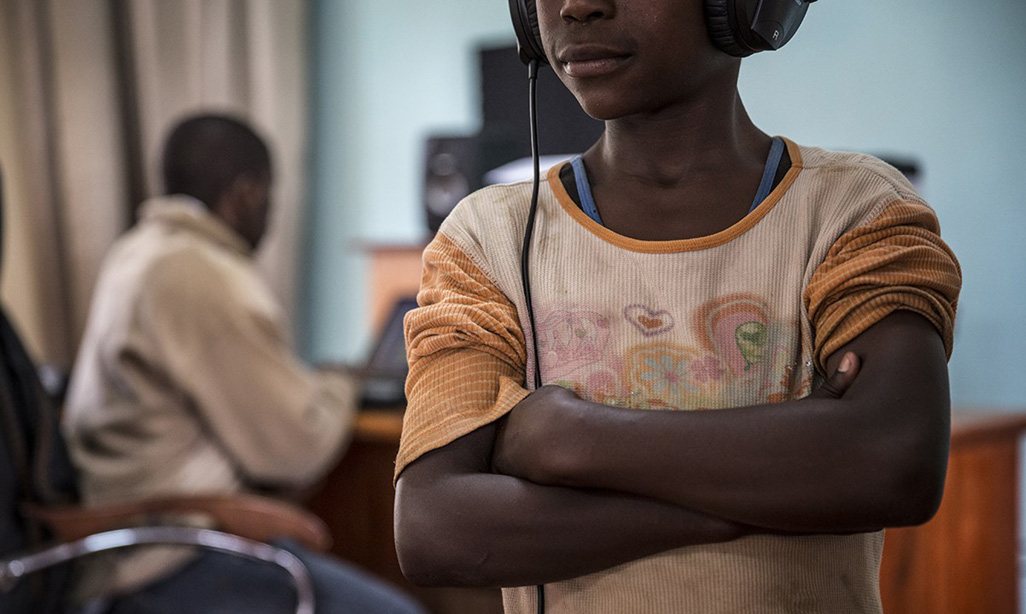 At Panzi, music is helping survivors, vulnerable women, children and even staff members connect with and heal from their past experiences and traumas – and create profound beauty in the process.


This week we celebrate Human Rights Week on The MagkaSama Project and it’s the occasion to highlight the work and events by organizations, foundations and partners we support for a long time. We already mentioned ONU Femmes France and Ornage Day, and also Lighting the Way for Human Rights with Human Rights Watch; today we want to highlight a post by Darcy Ataman published on the HuffPost.

Dr. Denis Mukwege is among the Featured People on the home page of our website, and we have been supporting his work, his foundation and The Panzi Foundation for years. We even organized screenings of the documentary The man who mends women – The wrath of Hippocrates and book discussions. On Monday, the Mukwege Foundation tweeted about a very interesting article:

On the power of music to heal survivors of sexual violence. A program implemented in Congo by our sister organizations @PanziUSA and @PanziFoundation. https://t.co/w25ApurCeb https://t.co/lGUpnIZRcB

In The Art of Resilience in the Democratic Republic of the Congo, Darcy Ataman, founder and CEO of Make Music Matter, music producer and guest lecturer at the University of Winnipeg writes about the power of music to heal survivors of sexual violence:

It was the forth night during my most recent assignment to Bukavu, in the South Kivu province of Democratic Republic of the Congo (DRC). Still jet lagged, I jumped when my phone lit up. Texts and calls from partners in the US and Europe, alerted me: “Darcy, they are shooting near Panzi. Are you okay? Have you heard from anyone else?” I immediately called my security team. They are seasoned experts, and were patrolling the area near Panzi. I sent out messages to our staff and colleagues.

A few days after that, local police and military kidnapped four youth they deemed as suspects. They have not been heard from since. What has been the impetus for this recent escalation of violence in this already impoverished, but beloved neighborhood in Bukavu that is also home to renowned champion for civil rights, Dr. Denis Mukwege? This trip was different. The slow-rolling political crisis in the DRC is beginning to accelerate, and violence is on the uptick.

A few weeks ago, IRIN wrote: Crumbling Congo – the making of a humanitarian emergency. ‘The scale of the humanitarian crisis requires an urgent international response – but the world is yet to step up to the challenge…‘

As the world takes increasing notice of the warnings and political advocacy of Dr. Mukwege – my mentor, partner and friend, the fear in President Kabila’s camp rises palpably. There are real concerns that the increasing instability in the Panzi neighborhood where we operate has been directly perpetrated by Kabila loyalists to intimidate and threaten Dr. Mukwege – trying to force him into exile, or cause extreme fear of another assassination attempt.

This is a great article and we wanted to share it with you. The situation in Congo is still explosive and this article points out what is at stake. Last September we wrote about the role Denis Mukwege could play in Congo (in French): Denis Mukwege et l’avenir de la RD du Congo.

With Dr. Mukwege, we will not rest until all survivors are able to integrate back into society and continue to be valued as mothers, sisters, daughters, wives and role models to others, including myself.